The Farmall A and B were nearly identical tractors. The A featured an offset engine and wide front end. The offset engine was known as "Cultivision." The B had a centered engine, seat offset to the right, and narrow front end.

The McCormick Harvesting Co., founded by Cyrus Hall McCormick, merged with other manufacturers to form International Harvester Co., primarily building large harvesting equipment. They began experimenting with tractors in 1905 but because of their large size they were not useful for small farmers.

After they refined their small tractor line with their famous letter series--A, B, H & M--beginning in 1939, International Harvester was ranked as one of the largest manufacturers of farm tractors. It was purchased by Tenneco in 1984 and then merged with Case Corp. 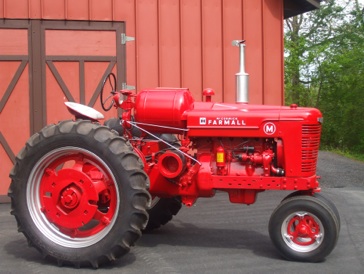 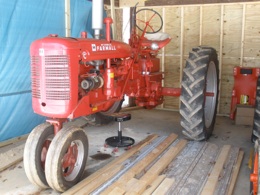 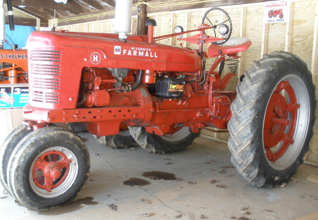 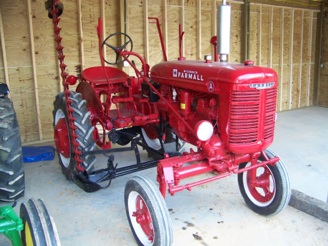